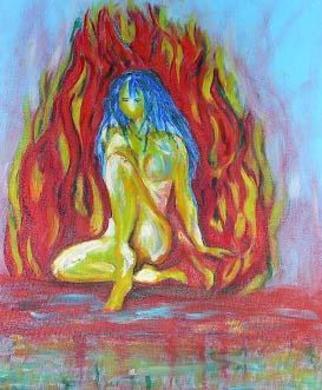 A few months after my son got his driver’s license, he rolled our truck down a tree bank on a remote, backroad. The truck landed softly on its hood, and he was able to crawl out the window, uninjured. “Stay put,” I said when he called. “I’ll be there as soon as I call a tow truck.”

By the time I arrived, there were two cop cars, lights flashing, and my son was giving a police report. I panicked, sure something else must have gone terribly wrong, so I pulled my son aside and asked why the police were there. “I called 911,” he said, matter-of-fact. “You always told me if I had an accident to tell the police exactly what happened, to just tell the truth.”

We’ve been told we are in post-truth America, where what we believe, where our emotional reaction, takes precedent over proof and fact. This year the Oxford Dictionary declared “post-truth” the international word of 2016, citing a 2,000% increase in use over 2015.

We try to teach our kids the value of telling the truth. In fact, we tell them they will be in more trouble for lying about something they did wrong, than for the wrong itself. We casually quote cliches like, “The truth shall set you free.” But what we say about the truth isn’t even the truth anymore.

What value, then, is truth? How do we teach our children the value of the truth in a post-truth America, where we not only lie, but we lie about lying? America, where the worst offender is the president elect and his staff.

The election is over. Mr. Trump clearly won. Yet he insists, with zero evidence, that he “won the popular vote if you deduct the millions of people who voted illegally.” And to further muddy the waters, our vice president elect, when asked if it is Mr. Trump’s right to make false statements, replies with a shrug, “Well, it’s his right to express his opinion.”

Note: in post-truth America, an opinion with zero evidence to back it up is the truth.

Over the weekend, Mr. Trump insisted the President of Taiwan—an unrecognized leader of an unrecognized country—called him simply to congratulate him on winning the presidency. And yet we’ve now learned the call was pre-arranged by Mr. Trump’s team. We’ve learned his designated chief of staff traveled to Taiwan last fall as part of a delegation. We’ve learned an agent of the Trump Organization took a September business trip to Taiwan to, reportedly, discuss a potential real estate project.

Note: in post-truth America, irrefutable facts (calendars, travel documents, phone records) are irrelevant if you double-down, if you lie about the original lie.

Mr. Trump’s national security advisor floats a conspiracy theory—a conspiracy theory being a lie—that Comet Ping Pong, a family pizza place in Washington D.C., is nothing but a front for “money laundering,” “child exploitation,” and “sex crimes with minors.” All of these charges have been debunked, and yet because of the continued allegations the owners are dealing with death threats and harassment. This weekend a gunman, acting on these lies, entered the restaurant as innocent parents dined with their innocent children.

Note: in post-truth America, the national security advisor to the president can propagate, without consequence, lies that endanger Americans.

At 8:52 this morning, the president elect tweeted, “Boeing is building a brand new 747 Air Force One for future presidents, but costs are out of control, more than $4 billion. Cancel order!”

The Boeing contract is only three weeks old, and only $165M has been paid. There is no $4 billion cost overrun, and the CEO of Boeing, who certainly had better things to do today, spent his morning getting out a statement to correct the president elect’s false claims.

But do we even care, in post-truth America? Isn’t this all just … exhausting?

At the scene of my son’s accident, after the police had gone and the tow truck disappeared down the road, I tried to explain the nuances of truth-telling to my teenaged son, that sometimes it’s not as clear as it should be.

“You don’t have to call the police for a minor, one-car accident with no injuries,” I started. “But now the police are required to file their report with the state, resulting in points on your license and an increase in our car insurance.”

My son stared out the window, silent. Maybe he was still shaken by the rollover. Or maybe he was, as we are now, wrestling with the new supposed definitions of truth. Because what is the truth, anyway, if we can’t be bothered to call out the most blatant and destructive of lies?

In the Bible, the ninth commandment clearly states, “Do not testify false witness.” But if it’s okay for the president elect and his staff, how do we explain the difference to our kids?

Post-truth is the word of 2016. And if the grownups need the Oxford Dictionary to redefine lies, and lying about lying, and what the truth means, we are nothing. We are lost.