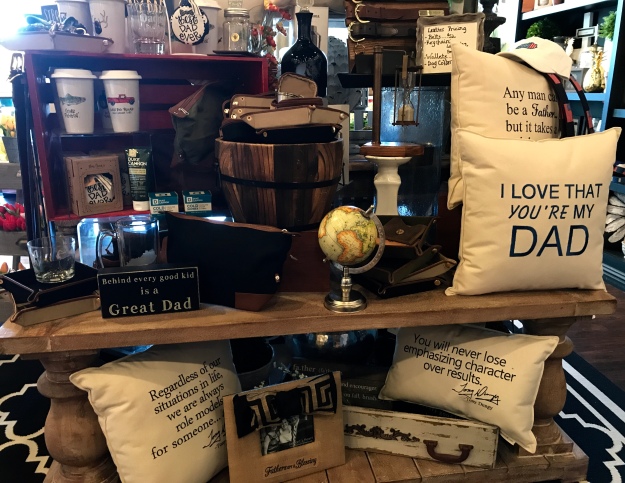 At the Walgreens on Harrodsburg Road, the wall of Father’s Day cards looms like an arrival/departure board at the airport, a thousand potential options but only one that fits, one that might feel right.

It’s like this every year. But this year is different. My dad and I have not spoken in months.

It started in February 2016 with a photo of the Ku Klux Klan.

I’d just gotten home from Birmingham, Alabama, where I’d paid my respects to the late Reverend Fred Shuttlesworth at the 16th Street Baptist Church and then toured the Civil Rights Museum. I opened Facebook to post some photos and saw my dad’s latest post: white-hooded, white-robed men waving their hands in the air like a dance troupe, with the caption “Next Super Bowl Halftime Show.”

Donald Trump had been gaining ground with rallies against political correctness, to which my dad whole-heartedly subscribed, and Beyonce had just performed at the Super Bowl. My dad was het up. I sent him a text. “I spent the weekend at a church where the KKK blew up four little girls. Please tell me I did not just see a photo of the KKK in your Facebook feed.”

He first responded with a string of question marks—what? where did you see this? what are you talking about?—and when I replied that his post was sickening and vile, demanding he delete it, he simply went quiet, defiant.

Days later, like a dare, the photo remained, and as usual, the next time we talked, we pretended nothing had happened. This is the dance we do. The dance we’ve always done. The dance of avoidance.

I wish this were a common story. It is not.

Last week, as I waited in the Walgreens checkout line with a few toiletries but no Father’s Day card in hand, I spotted Ivanka Trump on the cover of US Weekly magazine with the headline, “Ivanka takes a stand,” and, inside, “She doesn’t agree with everything Donald does, but she knows how to get through to him.”

She’s not getting through.

Ivanka has an office in the White House, in the so-called role of “Trump whisperer,” allegedly reasoning with the president on issues like maternal healthcare, Black Lives Matter, LGBT rights, and climate change.

If this is her job, by all accounts she’s failing. And yet she is not to blame.

Ivanka’s dad is 70. My dad is 70. Ivanka can take all the stands she wants, and so can I, but the truth is it’s next to impossible to change the mind of a 70-something white man, set in his ways, missing his “good old days” and clinging to his ideological history like a survival raft.

“Oh, it’s just politics,” my sweet stepmother says one day, and for the first time I tell her she’s wrong. The words “it’s just politics” have become completely devoid of meaning, the way we say “I’m fine” when we are far from fine. The way we avoid the harder conversation.

Turns out the dancing KKK photo was not the end for my dad and me. There were more Facebook posts, one more offensive than the last, with more dares and question marks and arguments until, finally, a heated exchange ended with my dad un-friending me, and me typing the words, “I give up.”

That was a year ago. We have not spoken since.

The byline on Ivanka’s US Weekly cover says, “Balancing her personal ideals with love and loyalty to her father, the president’s daughter will always fight for what she believes in.”

How does that work, exactly?

We need to get over the fantasy that daughters, even presidential ones, have some kind of magical charm and sway over our fathers. We don’t.

There is a reason we avoid rocking the boat, a reason we say “I’m fine” when we are not. It is not only painful in the moment, it comes with a steep price on the future.

At the Walgreens on Harrodsburg Road, I put the US Weekly back on the stand and made my way back to the Father’s Day aisle, where nothing about the wall of cartoonish cards felt real, or right. Except that I still love my dad.

So I kept on standing there, hopeful.