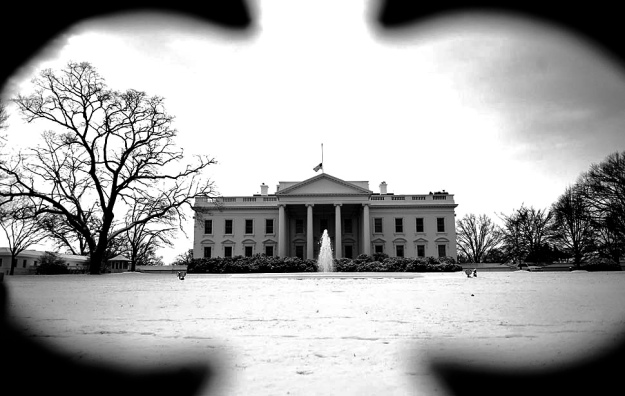 Turns out there are sick people everywhere this winter, even in the White House, only it is not the flu that’s getting them down. It is the piling up of violence against women, of harassers and abusers, of sick men.

Last week we learned staff secretary Rob Porter flunked his security clearance, but that did not stop him from working in the West Wing, handling the most classified information. When the president learned of Porter’s violent history — there is a photo of his first ex-wife with a black eye; the second ex-wife filed a restraining order against him — the president was enthusiastically sympathetic. For Porter.

“It’s obviously a very tough time for him,” President Trump said. “It was very sad when we heard about it. He says he’s innocent, and I think you have to remember that. He said very strongly yesterday that he’s innocent.”

Prior to his election, Trump often assured us, “I’m going to surround myself only with the best and most serious people.” And yet, he maintains a sickening pattern for excusing men who abuse women. Recall his outright dismissal of child molestation and rape allegations against Alabama’s Roy Moore (a man he does not even know). “He denies it. In fact, he totally denies it,” Trump told reporters. “He says it didn’t happen.”

He totally denies it. Says it didn’t happen.

Trump has a habit of throwing his unquestioning heft behind credibly-accused men in his orbit: Cory Lewandowski, Andy Puzder, Steve Bannon. When Roger Ailes was forced out at FOX News, Trump’s response? “[Women] are saying these horrible things about him. It’s very sad because he’s a very good person.” And when Bill O’Reilly left FOX following multiple allegations of sexual harassment and doling out millions in settlements, Trump stood by him, too, saying, “I don’t think Bill did anything wrong. He is a good person.”

I don’t think he did it. He is a good person.

Abusers are sick, like drug addicts are sick. They defend, lie, obfuscate, and excuse. They lay blame everywhere but at their own feet. This is how they justify being abusers themselves.

President Trump has often said, ”I have great respect for women. Nobody has more respect for women than I do.” Yet 19 women have credibly accused him of sexual harassment and assault; he told Billy Bush on the Access Hollywood Tape, “You can do anything. Grab them by the pussy. When you’re a star they let you do it”; he tweeted that a sitting U.S. senator (Kirsten Gillibrand) offered him sexual favors for money; he once told radio host Howard Stern it was okay to call his own daughter a “piece of ass” adding, “if Ivanka weren’t my daughter, perhaps I’d be dating her. Isn’t that terrible? How terrible? Is that terrible?”

But he totally denies it. Of course he does. He is a good person.

Chief of Staff John Kelly recently stood before the White House press corps and reminisced, “When I was a kid growing up, a lot of things were sacred in our country. Women were sacred, looked upon with great honor.” Yet after seeing photo evidence of spousal abuse, and knowing for months about the FBI report, Kelly still called Porter “a man of true integrity and honor.”

There is a pandemic in and around this White House, and it has nothing to do with the flu. As many as 40 staffers and appointees cannot be granted proper security clearance, making them national security risks, vulnerable to blackmail. And our president is Patient Zero.

Too bad there’s not a flu shot for abusers and their enablers.

After Porter left his post at the White House, another unrelated allegation. The ex-wife of speech writer David Sorensen informed the press that she reported his violent history to the FBI, that he ran a car over her foot, put out a cigarette on her hand, threw her into a wall, and more.

I suspect the president and his Chief of Staff will say he is innocent, a good person, a man of true integrity and honor.

1 thought on “All the president’s (abusive) men”